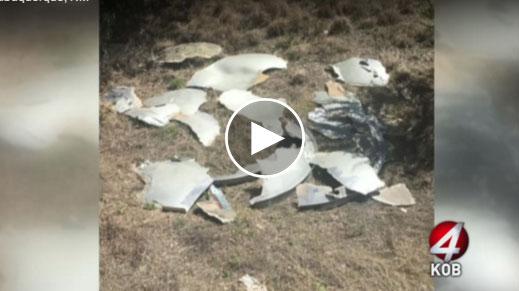 ROSWELL, N.M. (AP) — A fiberglass and metal version of a spaceship reported missing from the UFO Museum in the New Mexico town of Roswell has been found in pieces west of the city.

Police say the model UFO was stolen from the museum early Saturday and surveillance video showed three people hauling the spaceship off in a pickup truck.

Albuquerque TV station KOB reported Wednesday that the saucer was located in a ditch off Highway 70 about two miles west of Roswell.

The spaceship had been a fixture in downtown Roswell, where it was long mounted outside the UFO museum before a recent snowstorm damaged it.

It was being stored behind the museum before it was stolen.

Roswell still stirs debate about extraterrestrials seven decades after the 1947 crash of a flying object.