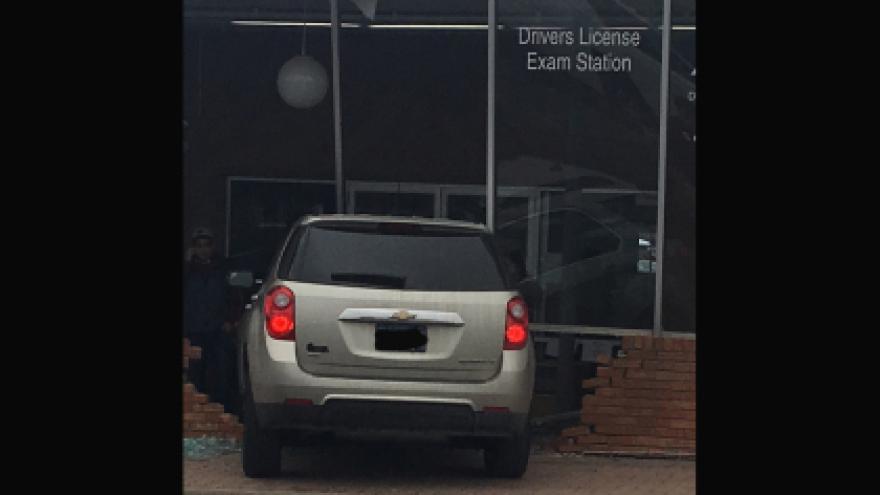 MINNEAPOLIS (WCCO) – What’s a sure fire way to fail your driving test? Smash your vehicle through the license center building.

That’s what happened to a 17-year-old from Monticello Wednesday afternoon. The teen, starting her behind-the-wheel test, had her vehicle in drive instead of reverse, hit the accelerator and smashed into the Buffalo driver’s license exam station. The incident happened at about 2 p.m.

The building is part of a strip mall on 1st Avenue South in Buffalo. The driver was not injured and the license examiner, a 60-year-old woman, was hospitalized with non-life threatening injuries. The teenager won’t be charged.