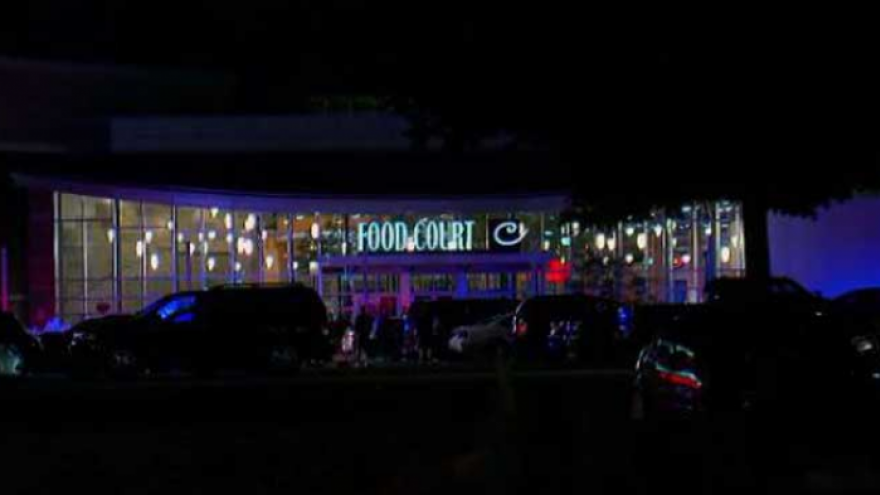 Seven of the wounded were treated and released, while one victim remains hospitalized.

None of their injuries are life-threatening, St. Cloud Police chief William B. Anderson said.

Witnesses said the man entered Crossroads Mall on Saturday night, made a reference to Allah and asked at least one person if they were Muslims before he attacked, police said in a statement.

The stabbings occurred in multiple locations inside the mall, including in the common area and several stores. The mall has security teams on site but they are not armed.

Shortly after, an officer confronted the attacker.

"The individual we believe to be responsible for the victim's stab wounds is currently deceased inside the mall," police said early Sunday.

While the attacker was not identified, authorities said he'd had three previous encounters with police.

Anderson said most of the encounters were for minor traffic violations. None resulted in an arrest.

Anderson declined to provide further details or say whether the attacker was a resident of St. Cloud. He said he is not ready to describe the stabbings as a terrorist attack until details such as a motive are established.

"What we know is it is a lone suspect who attacked at least eight people ... whether that was a terrorist attack or not, I'm not willing to say that right now because we just don't know," Anderson said.

The police chief said the attack had changed the city forever.

"It's an awful day. We've got eight victims who were assaulted here in our mall ... things wont be the same here," Anderson said.

While the mall will be closed until further notice because it's considered a crime scene, he said, there's no imminent threat to the city.

"Right now, we don't have information to indicate anyone else is involved," he said.

St. Cloud is about 65 miles northwest of Minneapolis, and has a population of 67,000.

The mall stabbing was one of several incidents reported nationwide Saturday.

In New York City, an explosion ripped through Chelsea, leaving dozens injured. A second device with wiring was found blocks away, authorities say.

In neighboring New Jersey, an explosion went off in a garbage can on the route of a Marine Corps charity run. Thousands of people were about to participate in the 5K race in Seaside Park. No injuries were reported.