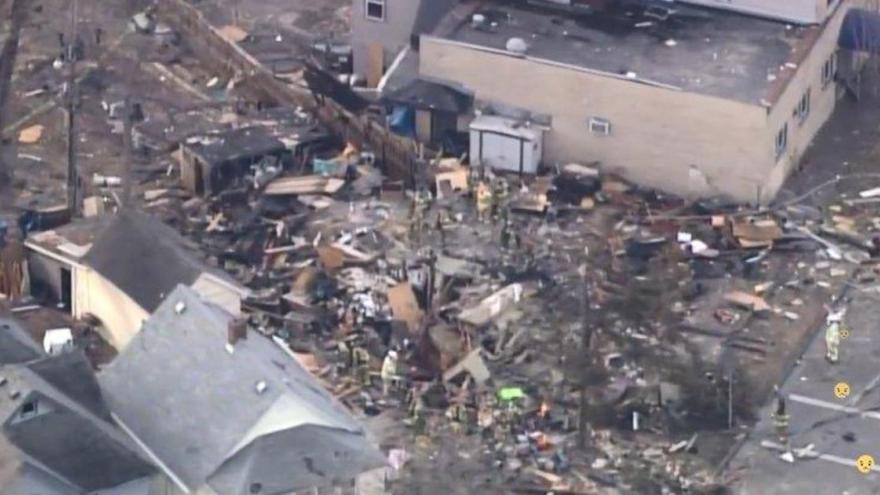 One victim, a man in his mid-60s, was found inside and taken to a nearby hospital where he is expected to recover. Eleven people have been displaced, some with shattered windows.

The incident occurred at around 8:40 a.m. Friday at the intersection of Payne Ave. and Edgerton St. in St. Paul. According to the St. Paul Fire Department, the explosion resulted in a lot of damage to surrounding structures.

Fire crews were working to determine the extent of the damage, and they were working with Xcel Energy crews to cut off a gas line.

"'Our thoughts are with the residents affected by this incident," Xcel Energy said in a statement. "We are working with fire officials and emergency responders on the scene, and our emergency responders have completed safety checks of the area to confirm it is safe. We will coordinate with fire officials on the investigation into the cause of the incident. Protecting the safety of the public and of our employees is a core value and we take it very seriously."

The St. Paul fire chief said he believes fire crews rescued a dog and a cat, and that they're both alive.

A nearby restaurant owner, Fred Yarusso, told WCCO he was just pulling up to his business when the explosion happened. He said he thought he was hit and that the explosion was unbelievably loud.