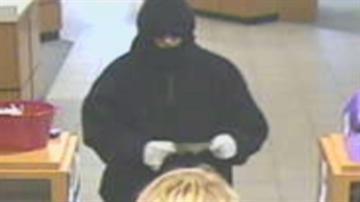 So far, in 2014, the FBI office in Milwaukee said they are outpacing their counterparts in Chicago.

On Sunday, Milwaukee's Unsolved Bank Robberies profiled a bank robbery at a Pyramax bank in West Allis in January.

The suspect enters the bank dressed in all black and covering his face.

He first asks the teller to exchange a dollar for four quarters.

After that transaction, he passes her a note that says this is a bank robbery.

According to the FBI, he asked for a very specific and oddly low amount of money.

When he gets the money, he also scoops up the quarters and leaves.

It's a strange move because the FBI said that no matter the amount of money taken, the suspect still gets the full investigation from local police and the FBI.