MIlwaukee's successful Lead Abatement program is running out of money 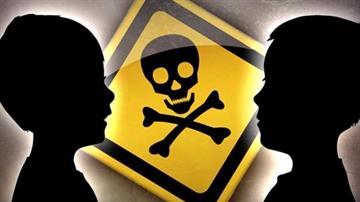 MILWAUKEE - A City of Milwaukee program that cut lead poisoning in young children down to a fraction of what it was is now running out of cash. Now cases are back on the rise. Without another Federal grant the program could be out of money by the end of the year. Children between 1 and 3 years old living in a home with lead based paint are extremely vulnerable.

Carlos Mercado bought his southside home 2 years ago. Not long after that, he got his 2 year old daughter Rosio screened for lead poisoning. It was learned she was exposed. Fortunately it was at a very low level. Mercado became concerned after hearing about what lead exposure can do to a child. He was then referred to the City of Milwaukee Health Department's Lead Abatement Program.

It helps homeowners and landlords that can't afford to make properties lead safe. Among the ways they do that is by replacing windows that were coated with lead based paint. The Mercado's home is now lead safe and at age 4 year old Rosio is doing just fine.

The City's Lead Abatement program that began in the 1970's has seen great success. It helped reduce the number of children being poisoned by lead in Milwaukee from 34% down to 4%. The program is mainly funded by Federal grants, but with government budgets tightening all over, those grants are being offered less and less.

As money is dwindling, severe cases of childhood lead poisoning in Milwaukee are on the rise. Even a moderate level of lead exposure can lead to life long health problems for a child. Research indicates it can lead to lower IQ's, lower test scores, and more school suspensions. Other research links lead exposure to criminal activity later in life. More than half of people who were exposed to lead as a child have at least one arrest after they turn 18.

Homes built before 1978 are most likely to have lead based paint in them. If you'd like more information about the Health Department's Lead Abatement Program and how you can make your home safer when it comes to lead paint, just click on this link to the Milwaukee Health Department.  http://city.milwaukee.gov/Search-Results.htm?Search_Keywords=lead