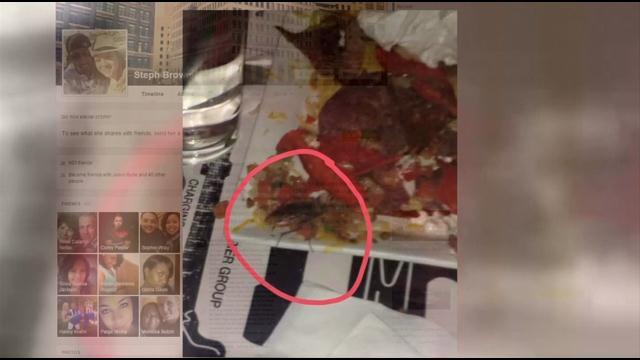 A picture posted online is causing a stir after a woman said she found a cockroach in her nachos at The Safe House in downtown Milwaukee.

The Milwaukee Health Department confirmed they got a complaint about this and they 're investigating it.

In the post, Stephanie Brown said the roach crawled from under the table and on to her food while she and some friends were out at the Safe House last weekend.

The Safe House released this statement:

\"We took this incident very seriously. Safeway pest control revisited today and two Health Department inspectors as well. Both Health inspectors found no evidence of roaches in any area of the restaurant including storage areas downstairs. Safeway treated the area, and the health department took a copy of the pest report with them. The health department will follow up with Ms. Stephanie Brown to let her know of their findings. The inspector will also be back in a couple days to re-inspect the area. We spoke with Ms. Brown and asked if we can do more than comp her meal and that of all her friends at the table. She said she didn't know what more we can do. However, we understand her concern and share it.

Be reassured we are doing everything in our power to ensure nothing like this ever happens again.Our renewed apologies to Ms. Brown.\"

According to Health Department records, The Safe House has had eleven routine inspections dating back to 2007, the most recent in June of 2014.

There were no violations in 2014, but back in May of 2009 a report shows \"two dead roaches were found the in basement near the to go container storage.\"

However, records do show that issue was later taken care of.

The picture was shared all over the internet, more than four-thousand times from Brown's page.