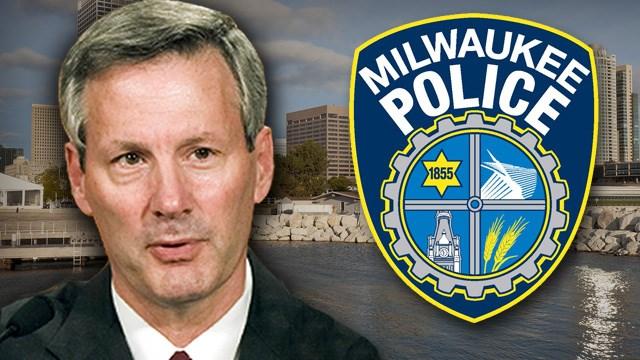 Several members of Milwaukee's police union have been upset with how Chief Flynn ran the department for some time. That disapproval wasn't helped when he decided to fire Officer Christopher Manney. Manney was the police officer who shot and killed Dontre Hamilton at Red Arrow Park in April. The union then decided to approve a vote of no confidence. 99.3% of union members voted no confidence in Chief Flynn.

Milwaukee Mayor Tom Barrett was not at City Hall when the results of the vote were delivered. His chief of staff was there to tell Union President Mike Crivello the mayor has full confidence in Chief Flynn.

A no confidence vote is non-binding, but can sway opinion. The last time the police union voted no confidence against Milwaukee's Chief of Police was in 1991.