Milwaukee's Own Dennis "The Mongoose" Morris Making Impact Outside the Ring 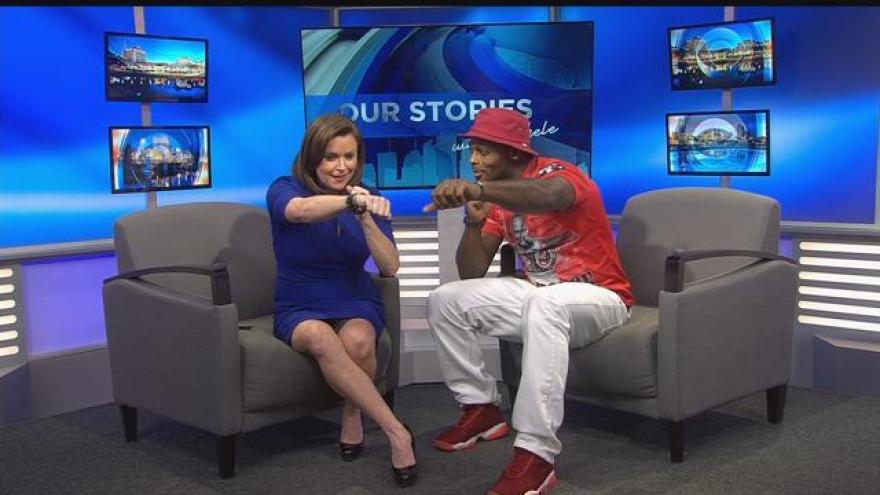 Dennis "The Mongoose" Morris is a success story that more and more viewers tell us they want to see and hear from on the news.

He knows that at a time when a lot of negative headlines about unrest and crime in Milwaukee are making the news, it's important for him to step out of the gym and into the community.

In a recent interview live on the CBS 58 News at 4, the Milwaukee native's message was clear; stay out of trouble.

Mongoose fights in the cruiser weight and heavyweight division.

Most of his time is spent in the gym, seven days a week spending several hours a day working out and sparring.

He's based out of the Kosciusko Community Center on Milwaukee's south side.

Already with four titles to his name, he's training for his fifth championship.

He hopes to inspire other children and frequently instructs them at his home gym.

When it comes to his own story, Mongoose says he was looking for a sport that really tapped into his passion.

"I just started looking at everything," Mongoose tells CBS 58's Michele McCormack. "I was playing a lot of sports. My cousin Megan introduced me to this coach, I had three amateur fights. I wanted something that was real aggressive. And professional boxing was it."

He knows it can be especially challenging for kids from humble beginnings, but hopes he's leading by example.

"Don't let nobody take your dreams from you. Look forward. But don't forget where you come from and the people who got you there."

When it comes to getting out in the community, his facebook page is filled with pictures of folks young and old putting on his championship belts.

You get the sense, he's just as passionate about inspiring others.

"It's something I love. Kids will be mom I want to do this. They'll be the next champion."