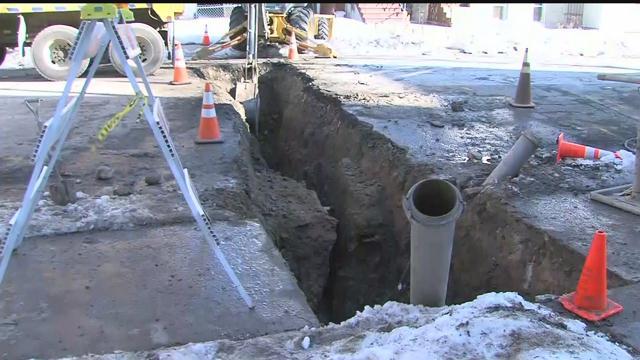 It's a proposal that would ultimately affect tens of thousands of Milwaukee homeowners in terms of water safety and dollars and cent.

In a 12 to 3 vote, Milwaukee's Common Council passed an ordinance that mandates the replacement of lead service lines on private property.

If you have a lead service line and it breaks, the city will pay the majority of the replacement.

Homeowners would be required to pay one third of the repair or a maximum of $1600 and that could be spread out in payments over a 10 year period.

The goal is to get rid of those old lead lines that were installed more than 50 years ago.

There were a few amendments added the ordinance this morning including a financial impact study on how this will impact the city as a whole.

Councilman Borcowski felt like the city needed more time to look at funding to reduce the cost for homeowners.

“I honestly know that all of us would rather just say government will pick up the entire tab. I get that but I think that this is a fight worth fighting and a third is not good enough in my eyes and I think it's all or nothing,” said the alderman.

The Black Panthers were also in attendance, they applauded Alderman Borcowski's remarks.

The ordinance goes into effect at the beginning of the year.