Milwaukee's coldest month of the year is starting out mild 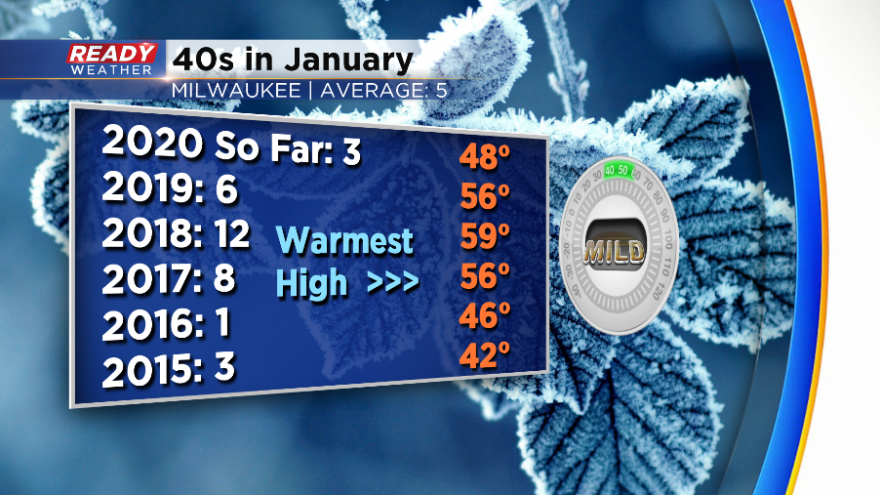 January is starting off the same way December ended: mild. After spending 19 days in the 40s or 50s last month, the first 3 days of January have topped out in the 40s (granted, our high of 40 today was at midnight). January is typically Milwaukee’s coldest month of the year with an average high around 29° and average low near 15-16°. Despite being the coldest month, we still normally spend 5 days in the 40s. 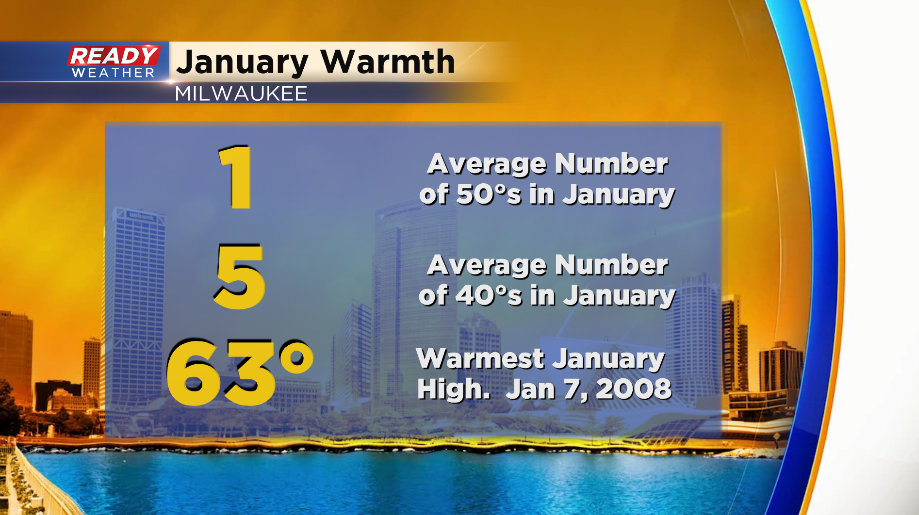 The past few years have seen more 40 degree days than normal, with 12 days warmer than 40° in 2018! However, the record high for the month of 63° occurred back on January 7th 2008, the same day two tornadoes tore through Walworth and Kenosha counties. The last time Milwaukee didn’t hit 40 degrees in January was in 2001. 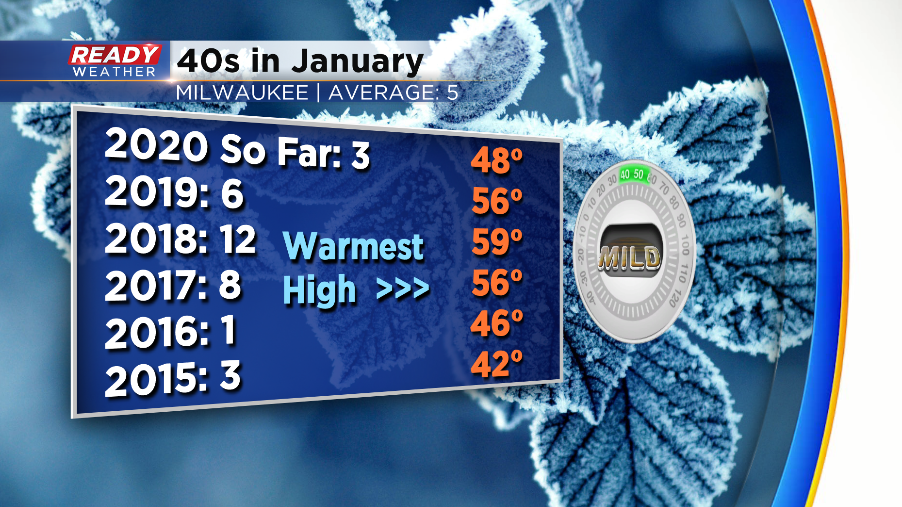 Temperatures will continue to be above normal for the next few days, with potentially another day or two in the 40s Sunday and Monday. Cooler, more seasonal air will filter back into the area during the middle of next week. 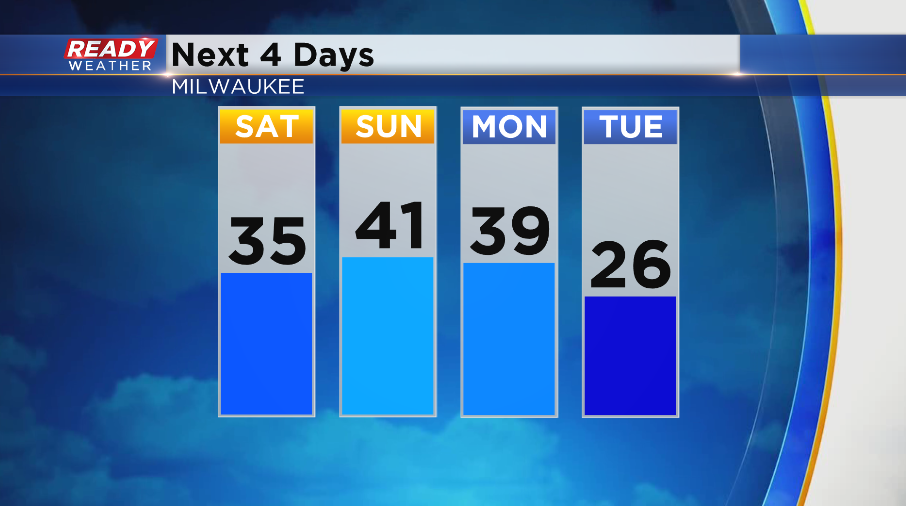 Download the CBS58 Ready Weather App to see how long the cooler temps will stick around and if there will be any snow.