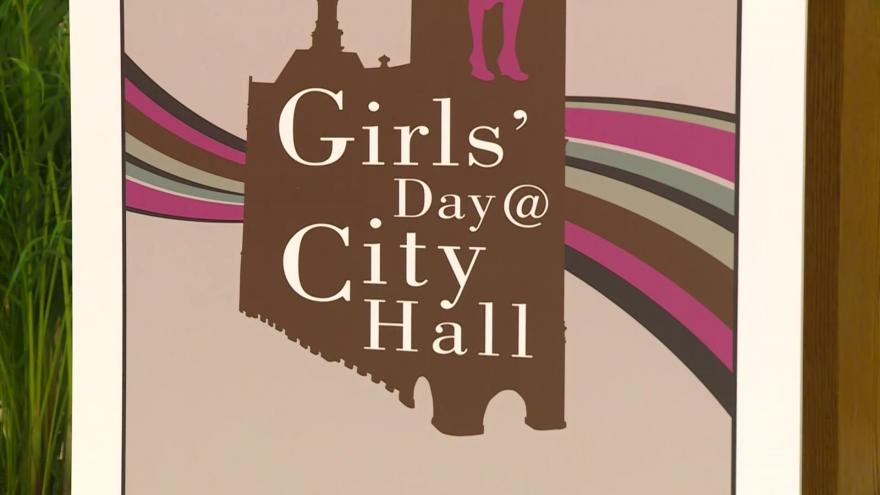 MILWAUKEE (CBS 58) -- Girls' Day at City Hall is returning for the 12th year in Milwaukee. Girls in middle school and high school came together to meet female leaders in the community. They also had discussions aimed at empowering women to become future leaders and introducing them to career paths in public service.

On Tuesday, March 22, one hundred students took over government building.

"If there weren't women representing other women men would have to have to be voices for them and they don't always know what we want or what we think should be good for the community," Alisa Flowers, a freshman at Brown Deer High School, said.

Girls' Day is the brainchild of Alderwoman Milele Coggs.

She was the only woman on Council when she was elected in 2008.

Fourteen years later, there are five women on the 15-member council.

“Currently, the Milwaukee Common Council includes the most women in the body’s history, and these roles allow us to help influence both the present and future of our community in countless ways,” the Alderwomen said. “We must continue to make sure young women know how rewarding and fulfilling a career in public service can be, and why it is important for women to be represented in this space. Girls’ Day is a fantastic opportunity to observe and learn about public service."

The event allowed attendees the opportunity to view a Common Council meeting, meet a number of local leaders and participate in panel discussions about public service led by women in the field.

"Research shows that for women to run for elected office they, kind of, have to be asked whereas our male counterparts see themselves as the leaders they want to be. This is our way of doing the ask early and having young ladies think about it from the very beginning," Ald. Coggs said.

The Alderwomen of the Common Council are encouraging young women across Milwaukee to participate in this year’s event in hopes of inspiring the next generation of young leaders.