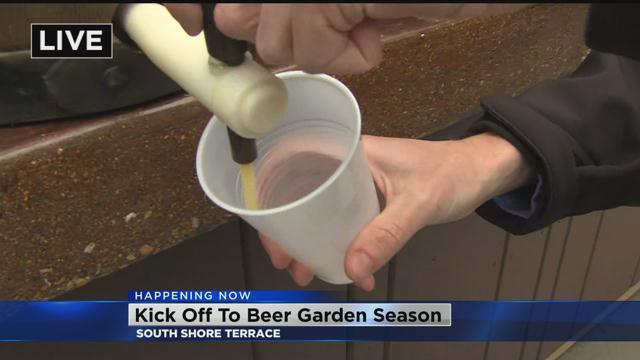 In 2015, all the beer gardens in Milwaukee County made over $635,000 -- all of that going back into the parks. County Executive Chris Abele said much of the money went towards deferred repairs. The South Shore Terrace opened August 19, 2015. The terrace where the beer garden is was converted from a dressing room. The terrace opened after repairs were finished. The South Shore Terrace along made over $88,000. Milwaukee County representatives say they expect to top last year's totals at this year's beer gardens.

"It shouldn't be a shock... that in Milwaukee beer is good business, but honestly a few years ago when we started doing this, I had no idea just how successful it was going to be," said Abele.

According to a release the expanded beachside concessions area in the park features the Miller 1855 Bar. The new gathering space, open spring through fall, also includes a cedar pergola, two stamped-concrete stages, and gas fire pits for ambiance and warmth on cool evenings.

Concessions will include snacks, Pepsi products, and a variety of MillerCoors American lagers, craft beers, and ciders. Hours of concessions operations will be Wednesday–Friday from 4–10 p.m., and Saturday and Sunday from 11 a.m.–10 p.m., with last call at 9 p.m.

The Landing at Hoyt Park