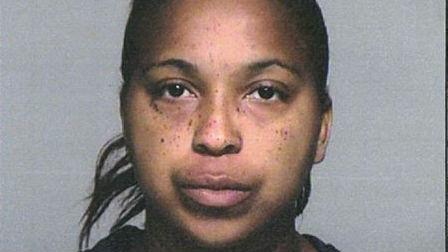 On Thursday, September 17th at 2:41 PM, Brown Deer Police Department officers were dispatched to Burlington Coat Factory, 9040 N. Green Bay Road, for a retail theft where a female suspect had stolen clothing, left the store, and fled the scene at a high rate of speed.

The suspect then ran a red light and struck a second vehicle, a Pontiac Grand Prix, in the rear causing major damage to both vehicles. After the crash, the Pontiac started on fire destroying it and causing some fire damage to a utility pole.

The suspect was able to drive away from the crash scene, abandoned her vehicle, and fled on foot.

The Brown Deer Police Department has identified the suspect in the above incident as 32-year-old Ebony Channel Wright from Milwaukee.

The Brown Deer Police Department is asking anyone with information on the location of Wright to call 414-371-2900.