Milwaukee, Waukesha and Pewaukee police search for suspects in carjacking 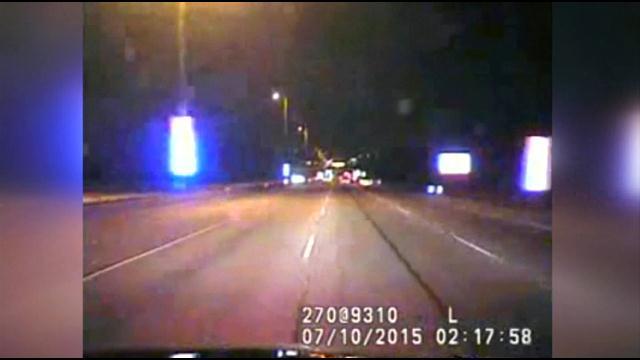 A carjacking in Pewaukee at the Holiday Inn, ended in crash happened about 2 this morning.
One suspect in that car fled near Highway 100 around 2:00 AM.

Several law enforcement agencies were at the scene.

There were three suspects. Two took off in stolen car. One had accomplice vehicle.

Two suspects took off in a stolen car.

They had another accomplice at their side in a separate vehicle.

Authorities saw that other vehicle headed eastbound on I-94 and started a pursuit that ended in a crash.

They say the suspect inside that car took off from the scene, and all three suspects are still on the run.

Police say they could also be linked to other carjackings in Milwaukee, so if you see anything suspicious, give them a call.

They located that accomplice's vehicle traveling east bound on I94 and began a short pursuit.
Police canines were used in the search.
The carjacking involved a rental car.
Milwaukee PD have since tied these subjects to two other carjackings in the City of Milwaukee.
All 3 suspects are still at large.
They are described as black males in late teens to early 20s.
Share this article: