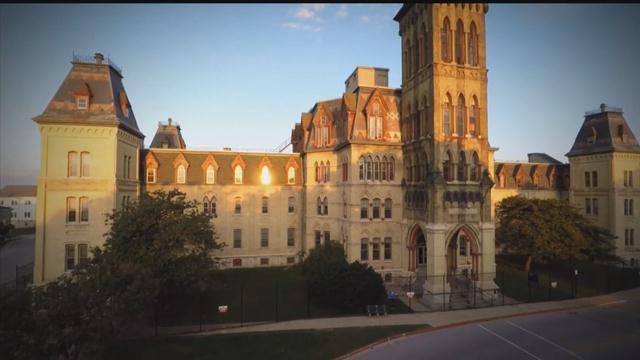 A plan to give more help to homeless veterans is one step closer to becoming reality. The Clement J. Zablocki VA Medical Center held a public hearing Wednesday on a plan to refurbish some of the old, vacant buildings on the property and make them housing.

There are six buildings that would become housing for either those who are already homeless, or are on the verge of becoming homeless. They were used to help the veterans in the early days, and could likely do that all over again.

"It's a win win because, I mean, we are using historic buildings on this campus, we're honoring President Lincoln's vow to take care of veterans that he made in 1867," said Gary Kunich, with the Zablocki VA Medical Center.

Under the plan, the six buildings would be transformed and made in to housing that would be occupied by veterans who either don't have a place to live, or are about to be in that scary situation.

"If any organization can come up, or have a viable option where they could come in and help create housing for homeless veterans or veterans who are at risk for homelessness, that's what it must center on," Kunich added.

The buildings are considered "national treasures" at the Federal level, so there are strict guidelines that builders would have to abide by. At the public hearing Wednesday, a room full of veterans from the Vietnam war and before heard all about the plan. The Department of Veterans Affairs says the units would be offered to veterans first and the developer would have to execute an outreach program with the VA to find any veterans who need housing. If there aren't any, the units would then go to non-veterans.

"The project will have a significant and positive outcome for the 200 to 400 homeless and thousands of at-risk veterans in the Milwaukee area," said one of the public hearing attendees.

Leaders hope to begin reaching out to developers in the next three to four months.