MILWAUKEE (CBS 58) -- It was a gloomy Saturday as the rain came down.

Loved ones and people from across Milwaukee came out to pay their final respects to Sandra Parks, 13. She was killed while at home as gunfire came through the window.

During the service, her mother Bernice Parks found strength to share her thoughts. She said she left Chicago 18 years ago for a better life, but never imagined such a tragedy. 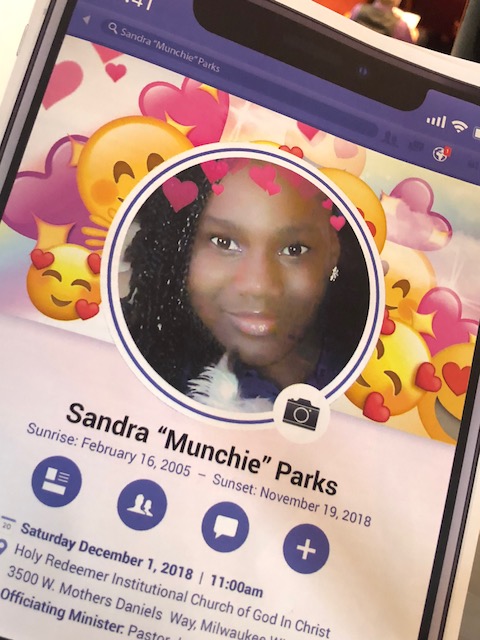 "They took my baby," she said. "Milwaukee took my baby, because they don't know how to tell these -- to put the guns down."

Two years ago, Sandra condemned gun violence in an award-winning essay. Her cousin read from it, during the service.

"We are in a state of chaos. In the city of which I live, I hear and see examples of chaos almost everyday. Little children are victims of senseless acts of gun violence."

Mayor Barrett was in attendance. "As a dad, I can't imagine," he said. "Every parent thinks about their child going into their bedroom and that you'll see your child in the morning and to have something like this happen that was so entirely senseless is just heartbreaking."

At times, family members needed to be consoled, but the church had words of comfort for them.

"It is not the number of years that you live, but the quality of life that you live while you're here," said the bishop.

Parks leaves behind her mother and father, also several siblings.

Police arrested the two men they said are responsible for her death. Both are in custody, charged with felonies in the case.