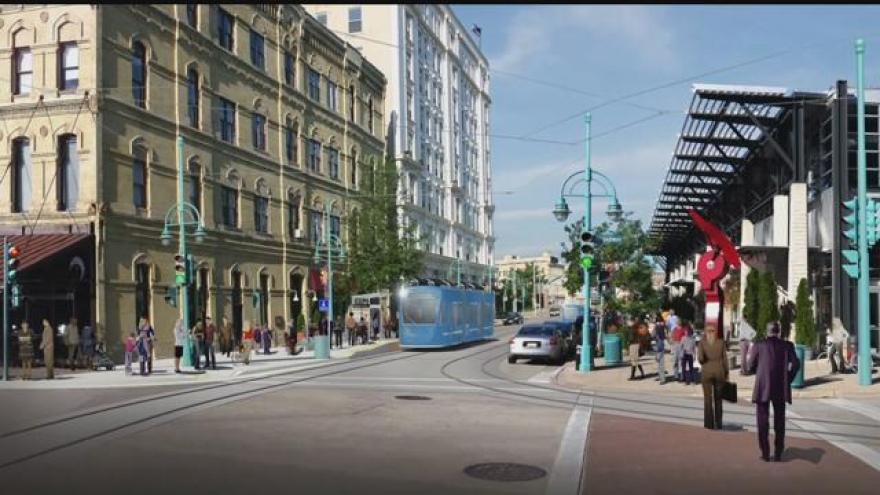 The first steel rails of the Milwaukee Streetcar Project are expected to arrive in Milwaukee by the end of March, and construction will officially get underway in April.

No specific date has been set yet, but Friday morning Mike Ethier with Kiewit Infrastructure gave the city a time line of the construction process and what the process will be like.

Construction crews will work in a total of 9 different sections, including the Lakefront Extension.

"The phasing going from planning to construction is a significant milestone" said Ghassan Korban of Downtown Streetcar Committee. "That's when you're going to see us actually digging, excavating, and starting the street car project."

The first set of tracks will be laid down on West St. Paul Avenue between Plankinton and 4th street.

Laying down the track, foundation and wiring will be worked on until the last quarter of 2018.

The schedule has been created to work around festivals in the city and minimize headaches for drivers.

“In general if you were out on the roads right now, you’d see the utility work going on, a lot of the work will look the same," explained Mike Ethier of Kiewit Infrastructure. "Then we’ll begin building the track which looks like road reconstruction."

By the end of the month, the city will finalize the design of the actual street car.

You can follow updates on the project at themilwaukeestreetcar.com.