Milwaukee Stops Church Near the Rave for Charging for Parking 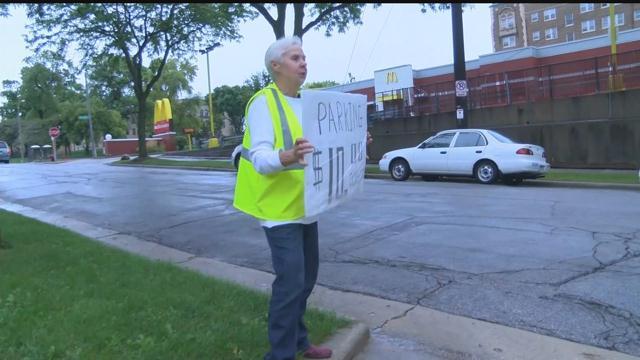 A Milwaukee church was asking music fans to pay when they park in the church's lot.

The city has stepped in and now things are getting complicated.

Just one block separates the church from The Rave.

Recently, the city has forced their cash flow from parking spots to stop.

Central United Methodist Church has sat on the corner of 25th Street and Wisconsin Avenue for decades.

It was eight years ago during a youth sleepover that longtime member and trustee Sally Maddick said the church decided to make some extra cash.

"So we got the idea, let's raise some dollars and get some pizza tonight. So the youth made a five dollar sign, and collected five dollars, got 60 dollars that night, and we ordered pizzas. That was the start of parking,” said Maddick.

Since then the church has raised their fee $10 filling up its lot with a few dozen cars. But back in April, the city told them they had to stop charging for parking. The church thinks the Rave has something to do with this.

"It's carved out a significant income,” Maddick said.

The city says the church needs a permit, so Maddick said they applied for one. But while they wait to get approved, people continue to park.

"We did put up some chains, which ended up being broken,” said Maddick.

And as they wait, the church says folks are free to park here, but it's their hope that the matter is resolved quickly.

There is at least one other business around here that charges for parking, but we are told they did obtain a permit.

The church will hear a decision from the zoning board of appeals next month.

CBS 58 reached out to officials with the Rave, and have not heard back.