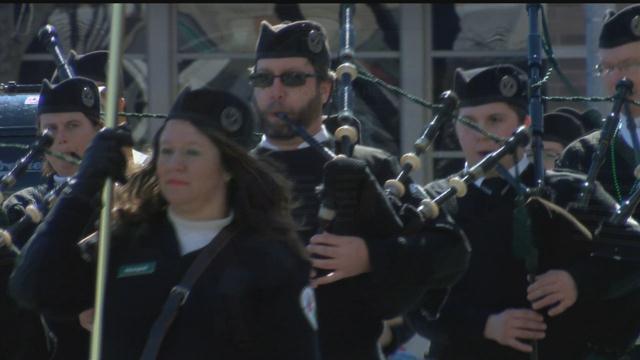 It's March and that means Milwaukee is getting ready to celebrate its ethnic diversity with a series of events leading up to St. Patrick's Day.

A religious holiday in Ireland after the patron saint of the country, here in Milwaukee, the Shamrock Club seeks to bring in people of all backgrounds to enjoy in a day of community fun and charity.

The parade steps off near 3rd and Wisconsin at the Shops of Grand Avenue on Saturday at noon.

A reviewing stand is set up at Old World Third Street where Erin Hennen will serve as emcee to announce the acts as they march by.

There are spots all along the route that offer a place to dip in for a pint or cup of tea.

Parade Director Michael Boyle was a special live guest on the CBS 58 News at 4 p.m. to talk about last minute preparations.

This is the 50th Anniversary of the Shamrock Club of Wisconsin and its sponsorship of the parade. Although a march in some form or another has been happening in the area before Wisconsin was even a state.

There are several events leading up to the parade that give a variety of opportunities to get into the spirit of community.

Entertainment starts on Wednesday at The Shops of Grand Avenue Center Court, 275 West Wisconsin Avenue between 11:30am – 1:00pm

The Shamrock Club Choir sings the liturgy. The Shamrock Club Color Guard, Pipes and Drums pipe in the colors and stand as honor guard for the Mass. There will be a sign reader for hearing impaired. There are readings and songs in Irish and English.

Parade kicks off at noon at 3rd and Wisconsin.

Many of the parade acts will perform and food and beverages will be available for sale.

Pins will be available for purchase leading up to the parade at the Westown Association offices ( 633 W Wisconsin Ave. Suite 409) or during the Post Parade Party at the Irish Cultural Heritage Center.