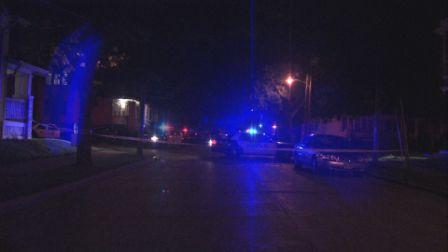 A 17-year old girl, Breanna Eskridge, died Monday morning at Children’s Hospital after being shot several times on a north side porch.

Milwaukee Police say the shooting likely stemmed from a robbery attempt, but also believe the victim was targeted. The shooting occurred at 11:38 p.m. Sunday night near 12th and Concordia.  The girl died just after 3:00 a.m. according to the Milwaukee County Medical Examiner.

Neighbors say they're concerned about the escalating violence in Milwaukee.

\"I just pray that none of my grandkids or kids get hurt by this all,\" said Stacey Burrell.

According to an unofficial count, this crime represents the 86th homicide in the city of Milwaukee since the beginning of 2015, matching the total number of slayings in all of 2014 with 164 days left in the year.

Milwaukee Police have not reported any arrests.  An autopsy will be performed later Monday.

The incident is currently under investigation.