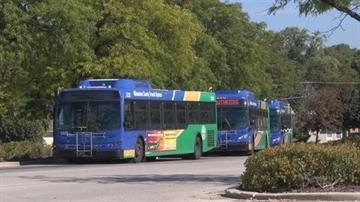 MILWAUKEE -- As unemployment rates in Milwaukee continue to hold steady, some are wondering if potential candidates in Milwaukee are missing out on job opportunities because they don't have transportation to the suburbs.

Earlier this year, The American Public Transportation Association released a report that says Americans took more than 10 billion trips last year using public buses, trains and subways -- the most since 1956. In Milwaukee, however, the numbers were down more than 2 percent.

Whether that's because of economic development, social justice, or other factors, community leaders will seek answers and solutions at a community forum Thursday.

Organizers say suburban employers are having trouble filling open positions while city residents feel hopeless in finding work, and say the forum will open the floor to sharing ideas on how to help workers find jobs just a few miles outside of the city.

Last month, the Wisconsin Department of Transportation agreed to spend $13.5 million on public transit options in the Milwaukee area as part a settlement in a lawsuit centered around the Zoo Interchange expansion project.

The lawsuit was brought against the state in 2012 by the Black Health Coalition of Wisconsin and the Milwaukee Inner-city Congregations Allied for Hope and alleged that the Zoo Interchange project discriminates against urban minorities by not including improvements to the public transportation system.

The DOT says details on the new bus routes have not yet been developed, but will focus on getting city residents to outer county locations and bringing workers into the city from outer county areas.

The Uniting Metro-Milwaukee: Jobs and Justice forum begins at 5 p.m. at the Hillside Terrace Resource Center, near 7th and Cherry streets.

The panel includes community leaders, researchers and transportation planners who will discuss opportunities for regional transit in metro-Milwaukee, and public comment is welcome.