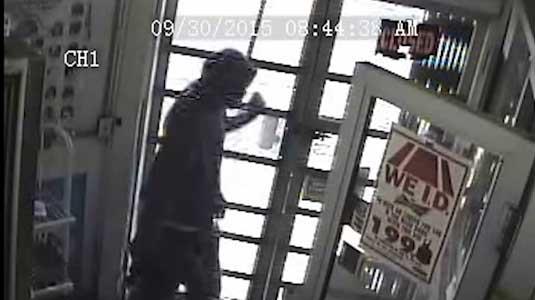 Three armed robbery suspects allegedly robbed a B&S Food Mart at 3299 North 12th Street around 9:40 AM on September 30, 2015. Milwaukee Police Department is asking for the public’s help in identifying them.

The suspects, one armed with a black pistol, entered the business, demanded money and belongings from an employee and fled from the scene on foot.