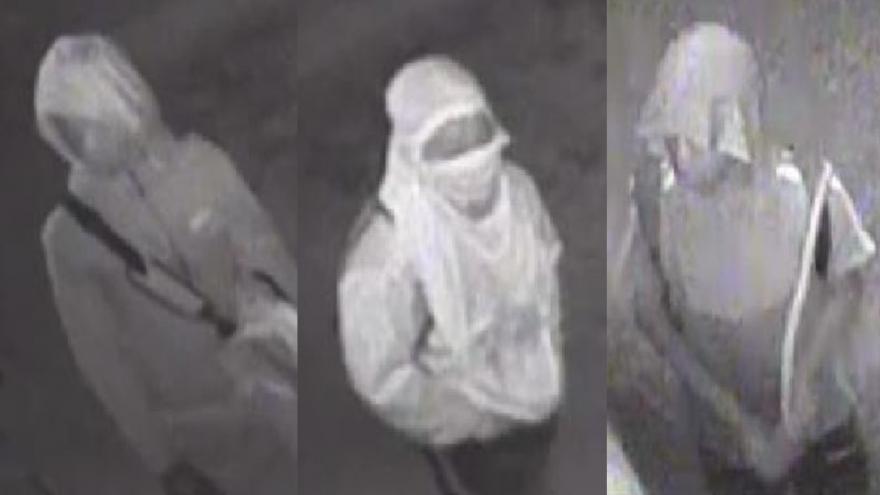 MILWAUKEE (CBS 58) -- The Milwaukee Police Department is asking for the public's assistance in identifying and finding the suspects involved in a burglary.

Police say it happened around 4:40 a.m. Thursday at The Original on 31st and Atkinson Avenue.

Suspect #1 is described as an African American male, 15-18 years old and 5'5. He was last seen wearing a red-hooded sweatshirt with a blue and yellow jacket, black jeans, black tennis shoes, a black Adidas backpack and black gloves.

Suspect #2 is described as an African American male, 15-18 years old, 5'2 with a small build. He was last seen wearing a black-hooded sweatshirt, gray jeans, black tennis shoes, and black gloves. He was armed with a yellow crowbar.

Suspect #3 is described as an African American male, 15-18 years old, 5'8 with a thin build. He was last seen wearing a dark-hooded sweatshirt with three stripes on the sleeves, black shorts with zippers in the front, and he carried a dark-colored backpack.

Authorities say the suspects damaged and took items from the store.

Anyone with information is asked to contact the Milwaukee Police Department at 414-935-7360.