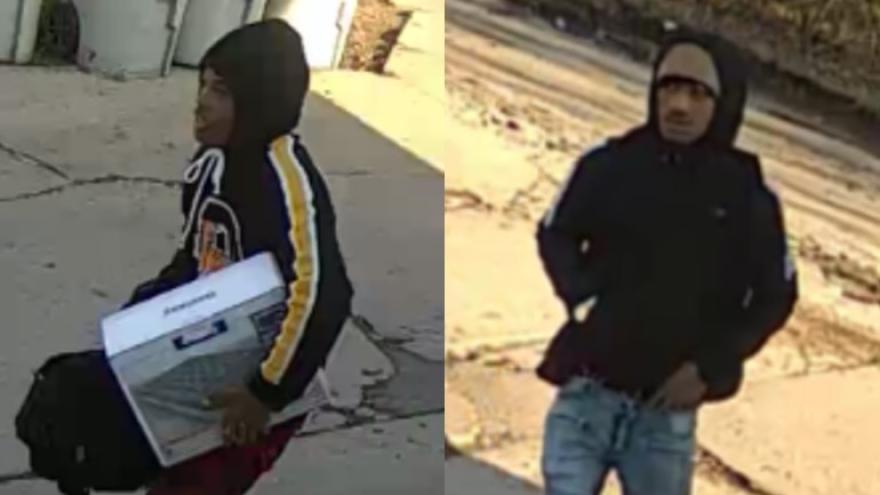 MILWAUKEE (CBS 58) -- Milwaukee police are asking for the public's assistance in identifying and locating suspects involved in an armed robbery April 5.

Authorities say two men approached a victim near 94th and Silver Spring Drive around 5:53 p.m. One man pulled a handgun and demanded the victim's property, and both suspects took the property and fled.

Suspect 1 is described as an African American male, 17-20 years of age, 5'7" tall and 160 pounds with a medium build. He was last seen wearing a black hooded sweatshirt with a logo on the front and yellow and white stripes on the sleeves, black and red camouflage pants and black shoes. He was armed with a handgun.

Suspect 2 is described as an African American male, 17-20 years of age, 5'8" with a slim build. He was last seen wearing a black Adidas hooded sweatshirt with white stripes down the sleeves, tan hat, ripped jeans and black shoes.