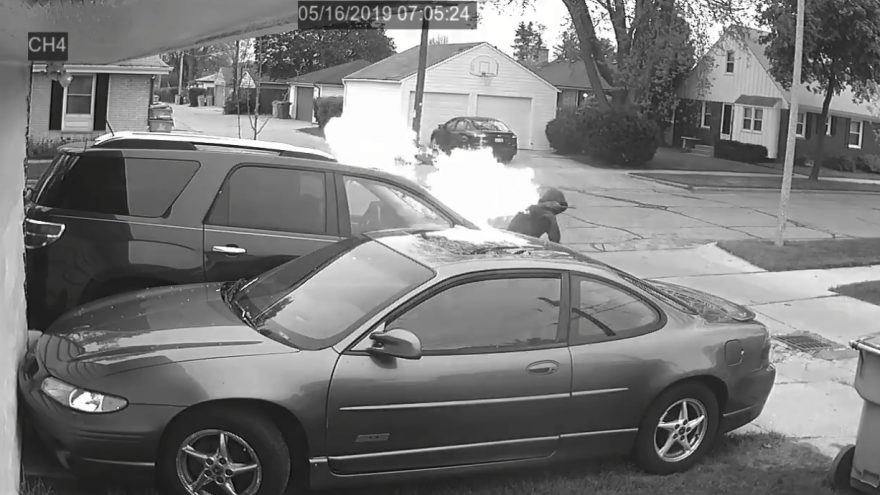 MILWAUKEE (CBS 58) -- Milwaukee Police are asking the public for help in identifying two suspects wanted for an arson.

According to police, the first suspect poured gasoline on the windshield of the victim's vehicle and then grabbed a lighter from the second suspect. The first suspect then lit a piece of paper and ignited the fire. Both then fled the scene.

The Milwaukee Police Department is seeking the public’s assistance in identifying two suspects wanted for a vehicle arson that occurred on May 16, 2019, at 7:00 a.m., on the 3800 block of N. 68th St. pic.twitter.com/gJe1NLCG0t

The first suspect is described as a black male, 6'0, with a slim build. He was last seen wearing a red-hooded sweatshirt with the hood up, a white t-shirt, grey shorts, black and grey socks, and black and white flip flops.

The second suspect is described as a black male, 6'0, slim build, with a short haircut. He was last seen wearing a black shirt or jacket partially covering his face, dark underwear, black pants, and multi-colored shoes.