Convicted murderer on the run after skipping court date 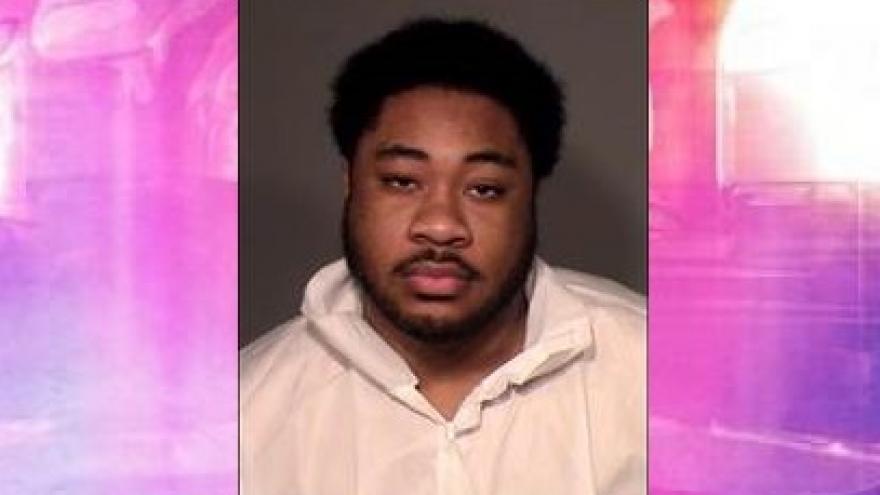 Milwaukee Police and the U.S. Marshals are asking for help to find 25-year-old Dwayne Chaney and his girlfriend, 23-year-old Zuri London.

Chaney is considered armed and dangerous.

According to Milwaukee Police, Chaney cut off his GPS trackers Thursday night, just hours before a jury convicted him of killing Michael Prescott.

MILWAUKEE (CBS 58) -- A convicted murder is on the run, after skipping out on the final day of his trial,

Dwayne Chaney, 25, was on trail for killing Michael Prescott in 2015. A jury found him guilty Friday afternoon. But Chaney was absent from the courtroom. Police say he was out on bond and he cut off his GPS bracelet.

Chaney hasn't been seen since Thursday. Police say he was seen getting into a 2012 white Toyota Scion with the license plate 970-yzt.

Anyone with information about where Chaney is should call police or a tipline that is set up 414-297-3707, He is considered armed and dangerous.

When he was arrested in May, Chaney was initially held on $250,000 cash bond.

In June Chaney’s attorney made a request for a speedy trial.

“Typically defendants will do that if they're in custody and they can't post the bail,” said Julius Kim, a defense attorney not affiliated with this case.

Kim says that means felony cases must be heard within 90 days, but in September-- the state asked for more time.

“If the speedy trial has been demanded and there's a continuance in the case, the court must release people,” Kim said.

Kim says that is to prevent people from sitting in jail for unlimited periods of time before their case is heard.

Chaney was released on a signature bond and put on GPS monitoring. Authorities say he cut off that device Thursday night, hours before a jury returned a verdict of guilty in the death of Michael Prescott.

It's the second time justice is delayed for the Prescott family. After the 2015 homicide, Chaney was on the run, finally caught in May of this year.

“The fact that he was running for 2 years before this case was brought in to the system I guess has bearing on what the bail was initially, but once he's in the system he's entitled to have his case heard within a certain period of time,” Kim said.

Kim says situations like this happen in part because of the number of cases in Milwaukee County.

“Due to the congestion that is often found in the court system, sometimes those time demands can’t be met,” Kim said. “So it's not completely unusual, it does happen. It doesn't happen all the time though.”

“It’s increasingly difficult in cases with uncooperative people. We expend a lot of resources and effort to hold those people accountable for the most serious of offenses. I'm just grateful for the jury in reaching this verdict and am confident he will be found in a short period of time and brought back into custody."

MILWAUKEE (CBS 58) -- Milwaukee Police say a man convicted in a homicide case is on the run tonight. They now are asking for the public's help in locating him.

According to police, Dwayne Chaney was on trial for killing Michael Prescott in 2015.

That case just wrapped up Chaney was found guilty despite his absence from the courtroom.

Police say he was out on bond and cut off his GPS monitor. He hasn't been seen since Thursday.

“It’s increasingly difficult in cases with uncooperative people. We expend a lot of resources and effort to hold those people accountable for the most serious of offenses. I'm just grateful for the jury in reaching this verdict and am confident he will be found in a short period of time and brought back into custody."

According to police, Chaney was last seen on video getting into a 2012 white Toyota Scion xB with Wisconsin plates 970-YZT.

Anyone with information about Chaney's whereabouts is asked to call the U.S. Marshalls Service at 414-297-3707.