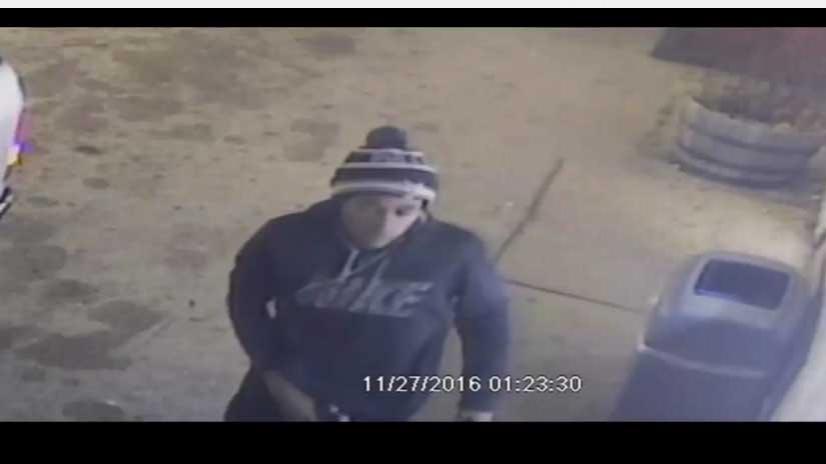 Milwaukee Police are asking for the public’s help in identifying a suspect wanted in connection with an armed robbery outside the Citgo gas station, 6811 N. Teutonia Avenue, around 1:20 a.m. on Tuesday.
The suspect approached the victim, pointed a fake gun at him, and demanded money. The victim and the suspect began to struggle and the suspect then grabbed cash from the victim’s pocket before he fled from the scene.

The suspect is described as a black male, 25-32 years-old, 5’9”-6’1” tall, with a slim to medium build, a medium complexion, and a beard. He was last seen wearing a black and white stocking hat, a black hooded sweatshirt with “NIKE” in gray lettering across the front, black pants, and black shoes.