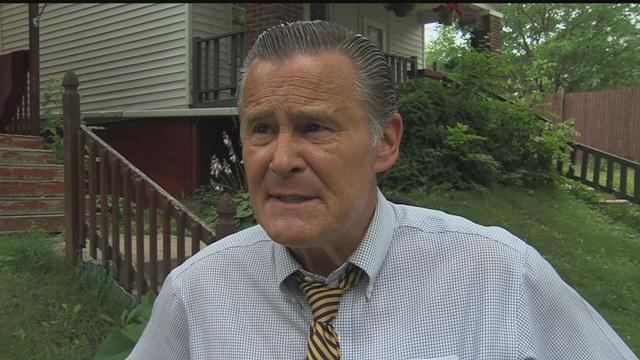 Alderman Donovan called it a \"no pursuit\" policy. The Department refutes that.

\"There are cities that have no pursuit policies,\" said Lt. Mark Stanmeyer. \"Milwaukee is not one of them.\"

\"These are actual pursuits, not cases where the vehicle fled and wasn't pursued because the criteria wasn't met,\" explained Stanmeyer.

Through July 20 of 2009, the year before MPD changed its pursuit policy, MPD engaged in 98 vehicle pursuits.

\"If it was designed to ensure a better level of safety in Milwaukee, it certainly has failed. Milwaukee is less safe and I believe this policy has contributed to that,\" Donovan told CBS 58 News.

Donovan says officers are being taunted by criminals who know that police won't go after them.

Donovan has been complaining since 2010 when Chief Ed Flynn barred pursuits soley for the purposes of traffic infractions or because the driver refused to stop.

It was after four people died in crashes caused by fleeing drivers in less than a year.

Police Chief Ed Flynn has said the policy is in place because high speed chases on city streets are dangerous.

There have been several recent cases where innocent people were hurt or killed when suspects fleeing police crashed into them.

\"I think the fact that the bad guys know that the officers hands are tied when it comes to these chases, I think it has emboldened them no doubt.\"

Milwaukee Police clarifying their policy and responding to criticism then resulted in yet another release from Donovan.

\"During an appearance this afternoon, with the mayor standing quietly beside him, Chief Flynn said this:

For the Chief to equate highly trained, professional and sworn law enforcement officers with criminals is simply outrageous. Our officers are sworn to apprehend those who break the law, and when they are allowed to do their jobs they’re pretty damn good at it.

Officers perform duties on a daily basis that most of us would not ever think of performing. And for this chief – in his twisted logic – to compare the thoughtful and measured actions of officers with those of reckless criminals, is utterly outrageous and disappointing.

The Chief’s comments are an insult to our dedicated officers, and he quite apparently has lost his sense of proportion.

And how about the mayor? When will we hear from Milwaukee’s CEO on this important topic (no pursuit policy)?

He seems content to simply hide behind someone else – in this instance the Chief – and his comments.\"