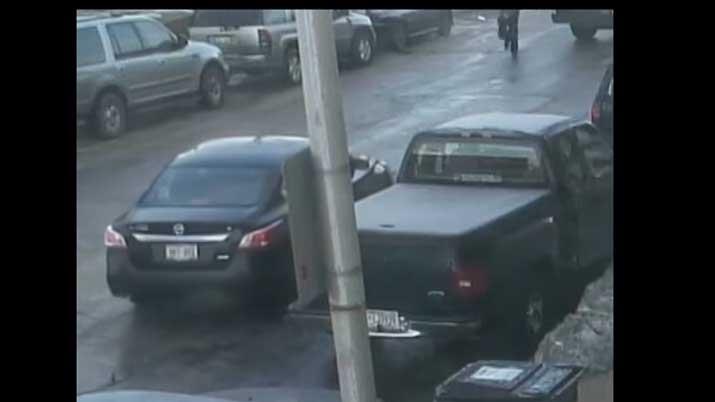 Milwaukee Police are investigating a theft from a vehicle that happened on Monday, February 1st, around 8:45 a.m. in the 600 block of S. 2nd Street.  A suspect entered the victim’s vehicle and removed the victim’s tools.  The suspects fled in a black Nissan Altima and were pursued by the victim.

After this incident, the victim confronted the suspects in the 700 block of N 9th Street around 9:00 a.m.  The driver of the Nissan Altima drove forward and struck the victim.  The Nissan was last seen fleeing the scene westbound on W. Pierce Street from S. 9th Street.  The victim was transported to a local hospital and is being treated for serious injuries.  The investigation is ongoing and MPD continues to seek the suspects and striking vehicle.

Suspect vehicle- Black Nissan Altima that will likely have damage to the hood and the passenger side of the windshield.  It may also be missing the Nissan emblem from the front grille.

The suspect is a male with no further description at this time.