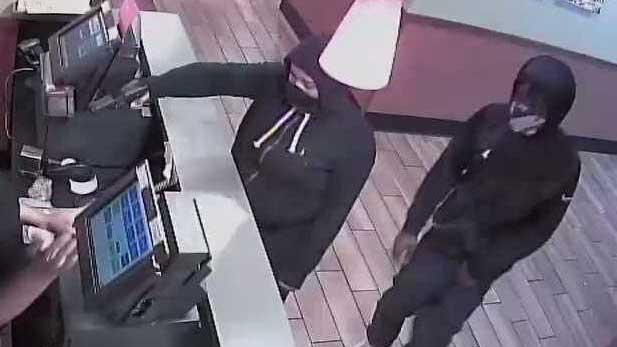 Milwaukee Police released photos of two suspects that allegedly pointed a gun at a Denny's employee and demanded money.

Milwaukee Police are asking for the public to help identify suspects of an armed robbery that happened on Wednesday at 4:50 a AM at Denny’s located at 3801 S. 27th Street.  The suspects entered the store, one pointed a gun at an employee, and demanded money.  The suspects obtained money and fled from the store.