3 charged in shots fired incident near 34th and Greenfield 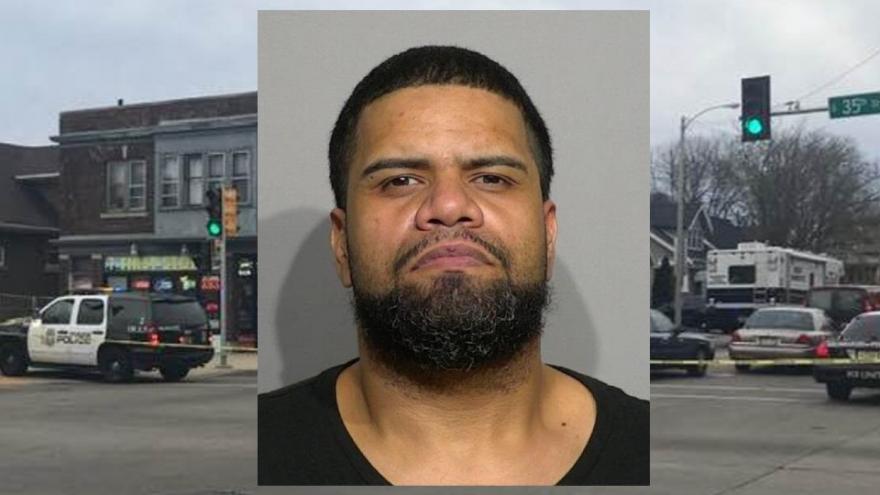 MILWAUKEE (CBS 58) -- Police say three people have been charged for their involvement in an incident where shots were fired at MPD officers Monday, May 4.

Casey Estrada was charged with one count of obstructing an officer. If found guilty, Estrada could be imprisoned up to nine months and fined up to $10,000.

Jose Hernandez was charged with one count of obstructing an officer. If found guilty, Hernandez could be imprisoned up to nine months and fined up to $10,000.

MILWAUKEE (CBS 58) -- Milwaukee police arrested a 36-year-old man in connection to this incident.

MILWAUKEE (CBS 58) -- Police say an armed suspect is at large after a pursuit near 34th and Greenfield Monday evening.

Officers say they saw the suspect armed with a pistol while conducting an investigation around 5:10 p.m.

Police say the suspect fled on foot and shot at two officers during the pursuit. He remains at large.

"No officers were injured during this incident," said MPD Captain Paul Formolo. "Officers did not return fire, and right now the search is still ongoing and active. Again, he's not in custody."

Police have not provided a description of the suspect, but if you have any information you're asked to contact Crime Stoppers at 414-224-TIPS.

MILWAUKEE (CBS 58) -- Milwaukee police are on the scene of a tactical situation involving an armed subject near 34th and Greenfield Avenue Monday, May 4.

The area is closed to vehicles and pedestrians, and the public is asked to avoid the area.

Authorities say this is an active situation.