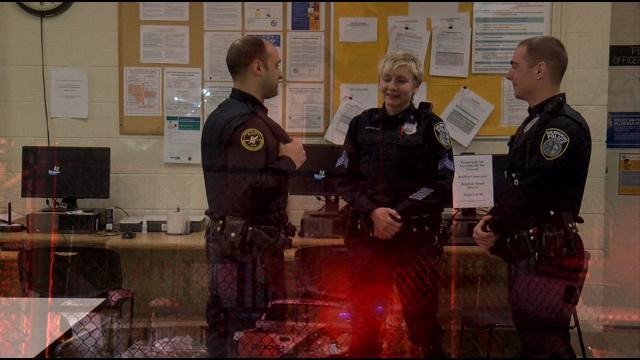 Officers from District Two of the Milwaukee Police Department are being called heroes after they saved a family from a burning home.

District Two Sergeant Rebecca Carpenter was on patrol just after 1:00 a.m. on February 12 when she saw a large amount of smoke in the area of S. 16th Street and W. Burnham Street.

She then found a home on fire in the 1700 block of S. 15th Place. Sgt. Carpenter along with Officer James Spinato and Officer Jason Stachowiak put the lives of the occupants above their own and entered the home to alert the occupants of the fire.

They gathered up the five people in the home, including a 10-year-old boy, and brought them to safety. The group then went back into the home to make sure no one was left behind.

The occupants were all very thankful for the heroic actions of the police.

The cause of the fire remains undetermined but it's believed to be electrical in nature.

The actions of the officers are commendable as they demonstrated leadership and courage while being faced with a very dangerous situation.