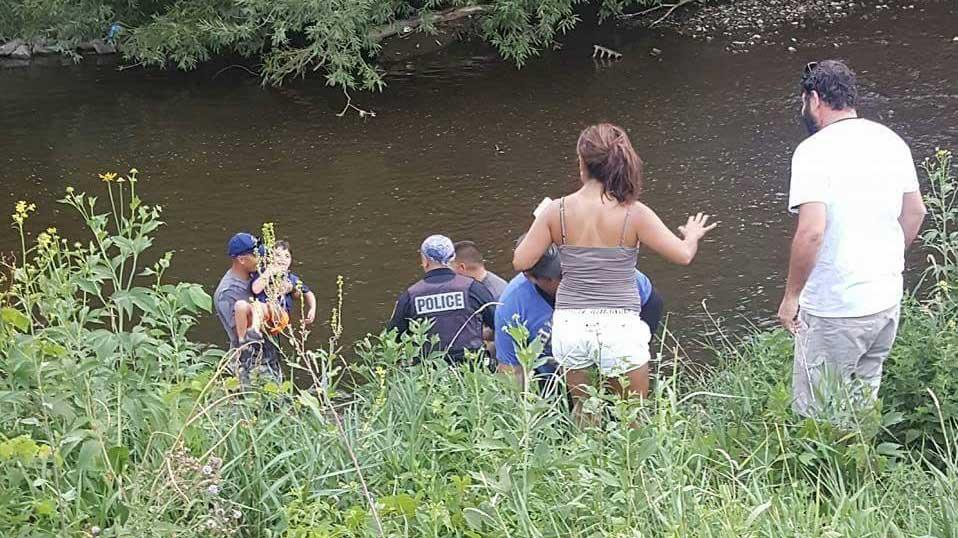 Milwaukee Police helped rescue a child with autism near Miller Park on Wednesday.

According to Milwaukee Police, a bicycle officer was on patrol for the baseball game when he was flagged down by a father from Glendale who said his 6-year-old son with autism was missing.

A few minutes later, a woman yelled to officers that the child was in the Menomonee River near the pedestrian bridge.

The 6-year-old boy was standing in the water and MPD Detective Alexander Ayala and Officer Jose Acevedo, who were off-duty and attending a tailgate, ran to the water and took the boy to safety.

The child was reunited with his parents and no medical attention was needed.