UPDATE: Two Milwaukee Police officers have been injured following a hit and run crash on the City’s Northwest Side.

Preliminary investigation reveals the officers were on foot patrol near N. Sherman Boulevard and W. Villard Avenue around 4:55 p.m. when the suspect’s vehicle struck another vehicle and then struck the officers.

Laird and Julie Geibel say those officers were talking with them when the incident happened.

"We pulled over and saw the two officers walking on the beat and we said let's stop and talk to them," said Laird. "The second officer says    'watch out there's a car coming!' and then all of a sudden boom, he rolls onto the hood, onto the glass, and then rolls onto the concrete."

Geibel says the driver backed up, and fled the scene.

"I said stop and he just took off in between our car, and that's when he was gone." he says.

Geibel says he and his wife got out of the car, and tried to help the injured officers.

"I did take a tower and put a towel on the officer's head so the bleeding would subside."

Perry Craig watched the accident happen from down the block, and says one of the officers was thrown 10-12 feet.

"He flew to the tree, and just lay there like he was unconscious," he says. "It's crazy, Milwaukee. It shouldn't have to happen like this."

The striking vehicle fled the scene and MPD is actively seeking that vehicle. 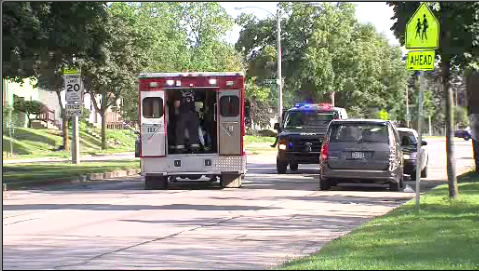 The officers were transported to a local hospital for treatment of their injuries.

MPD’s investigation into the incident is ongoing. 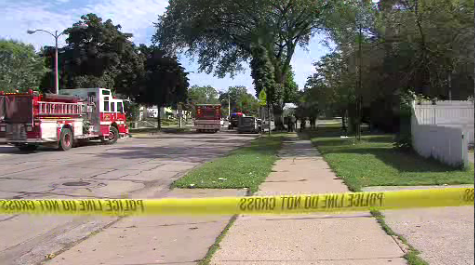