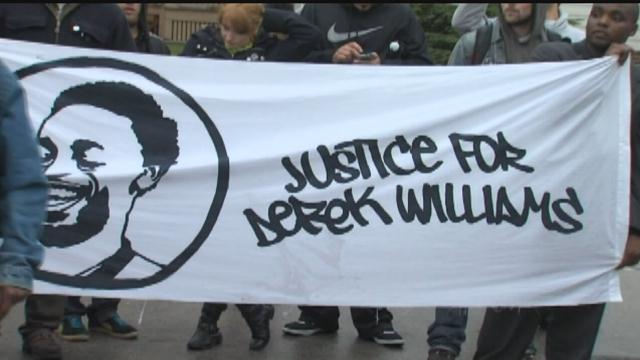 This morning a Milwaukee Police Officer is out of a job.

Jason Bleichwehl was one of the officers who was in the squad car with robbery suspect Derek Williams right before he died.

A letter from Chief Ed Flynn states he fired him for "non-disciplinary reasons."

Squad car video shows Williams passing out after a lengthy foot chase in July of 2011.

His family is suing the city over the lack of action when Williams said repeatedly that he couldn't breathe.