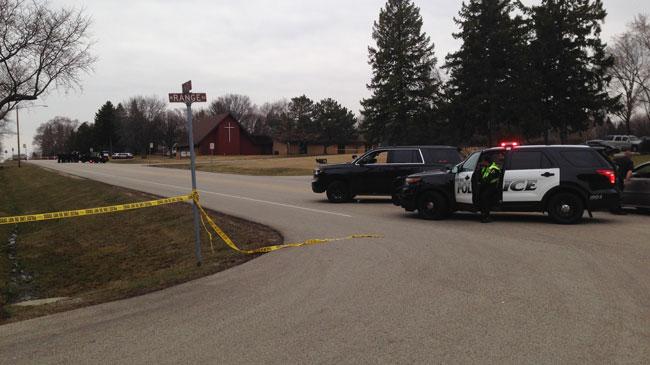 Brown Deer Police held a press conference on the officer-involved shooting on Monday.

According to Chief Kass the man who was shot by police is in stable condition and under arrest by the Brown Deer Police at a hospital.

Milwaukee Police is trying to identify anyone that was on the bus involved in officer involved shooting.

The officer who shot the man is a 26-year-old female officer with 5 years on the job.

Assault charges against the man who was shot are being referred to the District Attorney.

According to MCTS, a passenger was giving the driver a hard time, including calling her a derogatory name.  Officers boarded the bus to remove the man but that’s when some sort of altercation broke out ending with both officers hurt and the suspect shot.

They were all taken to local hospitals.  The officers have been treated and released.

Neighbors say it took them awhile to figure out what happened.

“My wife thought it was a car crash, but it was like one shot, it was pretty scary, “ said Steve Ramminger.

“It's not something you hear at first, you don't want to say it was gunshots, you can think of the other things an accident or someone dropping sheet metal but when you realize what it is, yes it's scary because you have kids in the house,” said Bob Bruss.  “It's getting scary because like I said, it happens no matter where you live and you just can't get up and relocate somewhere better because it's going to happen there too.”

Both Brown Deer Police officers are on leave pending the outcome of the investigation which is being handled by Milwaukee Police.  More information will likely be released later today