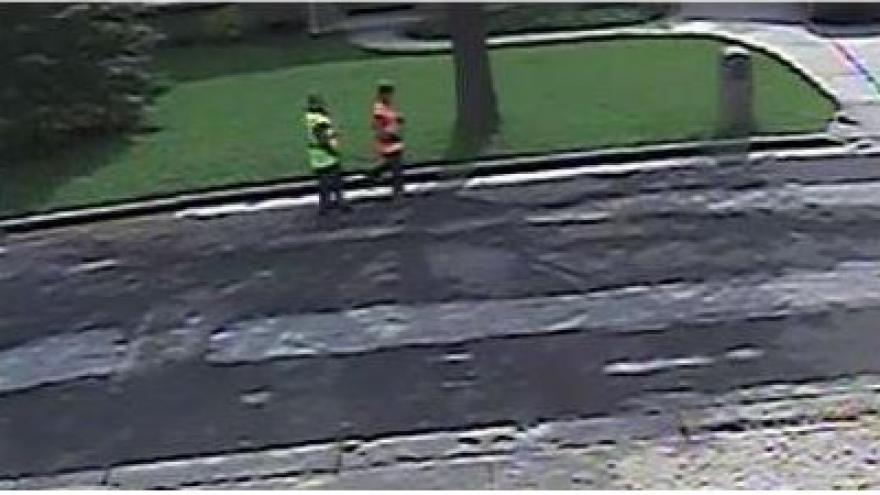 The Milwaukee Police Department is warning the public about several recent incidents in which suspects, often posing as construction workers or utility workers, try to break into homes.

Around 10:10 a.m. on May 18th in the 6900 block of W. Tesch Avenue, suspects posed as construction workers and knocked on doors in the neighborhood until they found an empty home.

The suspects then forced the door of the home open but were confronted by a neighbor and fled the scene. It is believed that those suspects are operating on the South Side of Milwaukee and in other suburban jurisdictions.

The suspects often wear neon safety vests and drive a gray pickup truck. Images of the suspects and vehicle from the Tesch Avenue incident are below.

We Energies reminds customers that their employees and contractors always carry identification. When in doubt, customers can call 800-242-9137 to verify their identity. We Energies has more tips on how to prevent scams on their website.

Anyone with information about these suspects can call Milwaukee Police at 414-935-7360. Citizens are reminded that if they see a crime in progress to call 911.