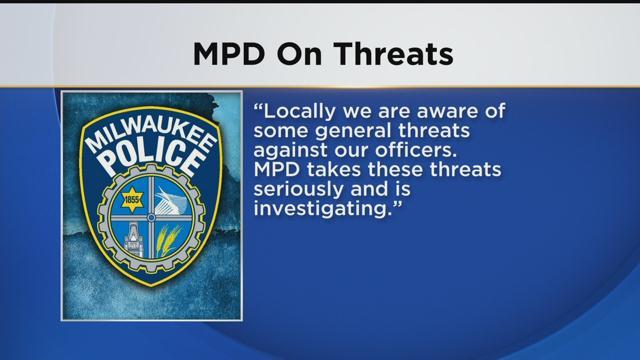 A Milwaukee Police Officer involved in the fatal shooting of an armed suspect is receiving dozens of threats on social media.

Milwaukee Police have not identified that 24-year-old officer, but a picture of him has been shared over 3,000 times on Facebook.

One post tells the officer he must "Pay for what he did". Another person says he hopes he "burns in hell."

MPD has noted a disturbing national trend where users of social media have identified officers involved in uses of deadly force, threatened the officers and their families, and demonized them.  Locally, we are aware of some general threats against our officers.  MPD takes these threats seriously and is investigating.

Police say that officer is staying with relatives in another city. Wednesday afternoon, a patrol car was visible across the street from his Milwaukee home.

"They're going to protect the officer," says Criminal Justice Expert Brian Dorow. "That's going to be the number one goal, protecting the officer's safety at this point."

Dorow, who is a former Waukesha Police Officer, says most large police departments have teams of people set up to monitor social media.

"If there's a violation of law, certainly they will act on it."

Dorow says those teams are likely monitoring the types of threats being posted against the officer, and tracking the accounts associated with those comments.

"Are the threats direct threats? Or are they implied threats? The investigation really comes down to, is this person's well-being in jeopardy?"

CBS-58 is not identifying the officer involved, out of respect for his safety.