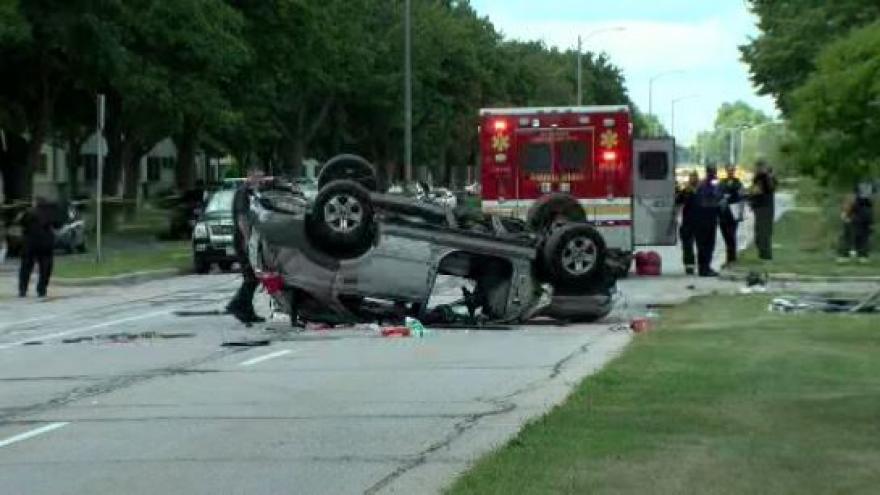 UPDATE: The woman involved in a serious rollover crash in the 6900 block of North Teutonia Avenue has died, according to the Milwaukee Medical Examiner's Office.

Investigators say the 61-year-old woman crashed into a tree in the area. The cause of the crash is still under investigation.

An autopsy has been scheduled for Tuesday.

A 61-year-old woman has been flown to a local hospital after a rollover crash on Milwaukee’s north side.

Police say the woman was driving around 1:30 Monday afternoon when her car crashed into a tree in the 6900 block of N. Teutonia Avenue.