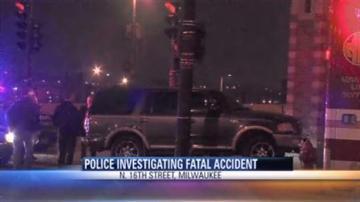 A 63-year-old man was driving slowly northbound on 16th street and struck a light pole before resting against a monument on the Marquette campus just before midnight.

The driver was the sole occupant and was pronounced dead at the scene.