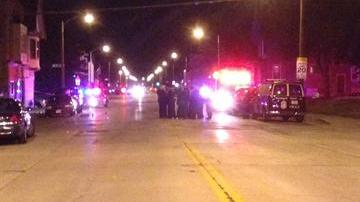 MILWAUKEE-- Milwaukee police are investigating after a man was shot to death on the street Wednesday night.

Police said that a 33-year-old man was gunned down around 8:35pm near 8th and Burleigh.

The man ran into a nearby convenience store where he collapsed.

Life saving efforts performed on the victim were unsuccessful and he was pronounced dead at the scene.