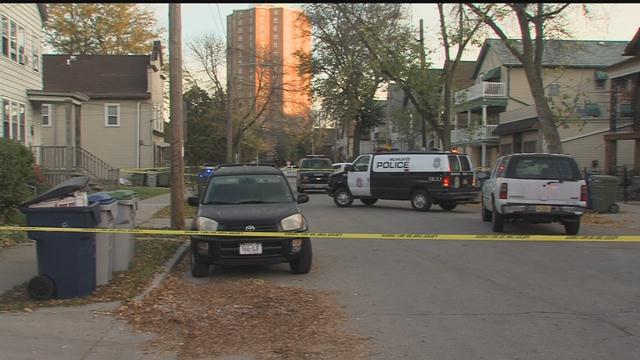 The victim in the October 24th homicide in the 1800 block of N. Arlington Place is identified as Kayla A. Bauske.

Her body found by police in a home near Arlington and Hamilton, just blocks from the popular and well known Brady Street.

Police have a 22 year old man in custody. Initial indications are the suspect and victim knew each other, but police won't say how.

Around 10:20 PM on Monday, Police received information about a possible homicide in the  house.

A man who lived at the unit greeted police at the door. He let police inside and that's when they discovered the victim.

"The occupant was subsequently taken into custody for different charges," explained Milwaukee Police Lt. Joseph McLin. "There's also another occupant who was also located shortly about 1:30 or so last night. He is currently in custody as well."

Lt. McLin said another person of interest was also being sought.

If they have a motive for the killing they're not saying.

Only that the victim was not shot.

Still it is the latest in a series of homicides over a short time period that have many in the city concerned.