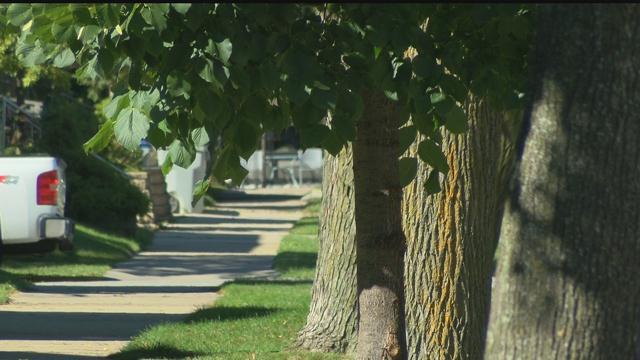 Tim Kunert moved into his east side home three years ago because the area was safe, but that mindset is quickly changing.

"The robberies, the assaults,"he said. "I mean, they're on every block around here."

Milwaukee police said a man and woman in their 20s were the latest targets.

They were walking near Astor and Pleasant early Thursday morning, when two suspects threatened them with a gun, stealing a wallet and other items before taking off.

"They say come in groups and things like that, but it doesn't help," Kunert said. "When they have a gun, what are you gonna do?"

Officers said one of the culprits is just 13 years old. They caught him with a gun just hours later near Humboldt and Commerce, less than mile away from the armed robbery.

It's unclear how the teen got the weapon, but Chief Ed Flynn said nearly 2,000 guns have been taken off Milwaukee streets so far this year.

"In terms of gun seizures, Milwaukee is a firearm rich environment," he said.

Last week, CBS 58 told you about a string of overnight armed robberies in the Brady Street area. Police said the suspect approached unsuspecting victims with a knife or gun, robbed them, then ran away.

Kunert said hopelessness and fear is not how he wants to live his life.

Milwaukee police are still looking for the other suspect who was with the 13-year-old boy. Officials are investigating if they are responsible for other armed robberies in the area.