Milwaukee Police and Fire on Scene at 25th and State 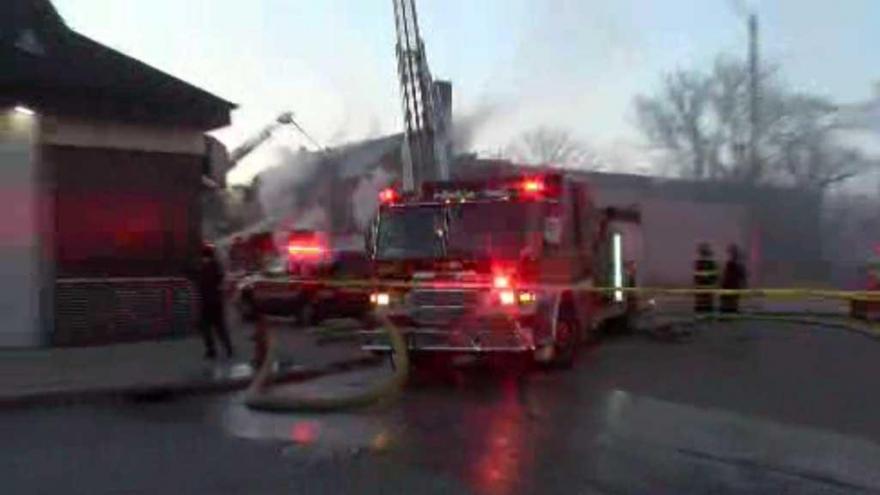 Milwaukee Police and Fire Departments are on the scene of a large fire at 25th and State Street.

The building on fire was a vacant theater.

Built in 1915, first it was the "State Theater," then the "Palms," but the building has now been empty for decades. Firefighters had no idea what was inside, so midway though battling the flames, they had to change their strategy.

Firefighters began tackling the fire, and even broke through the roof to fight the flames. The department soon realized what they were dealing with and worried about how safe the structure actually was.

"Anytime we get into a building of this size that is vacant that's been vacant for quite a while, we're concerned about the construction the condition of the building and how much fire has impacted that particular building," said Deputy Chief Lintonen.

Firefighters were brought down from the roof, and they called in a second unit. Deputy Chief Lintonen says crews started what's called a "defensive strategy."

"We had a lot of concerns and that was a bit part of the decision to go to a defensive operation. We had a two alarm fire, so we have 6 engines, 5 trucks, a couple of med units," said Deputy Chief Lintonen.

The fire was put out shortly after the second crew was called in. There were no injuries.

After fire crews left the scene, hoses left lots of water behind -- which quickly turned to ice. Public Works crews came through with salt to make streets safe for drivers.