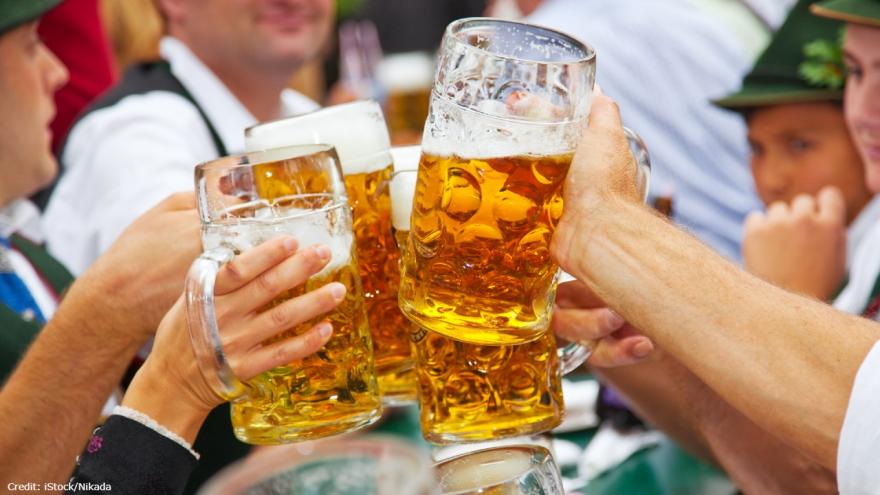 Hosted by Kegel's Inn and Swarmm Events, the three-day festival is the first Oktoberfest of the season and is a fundraiser for the War Memorial Center.

According to a news release, festival goers can enjoy local food by Kegel’s Inn, German beer from Hofbrau, and other Oktoberfest beers from local breweries like Leinenkugels. More than just great live music, there is entertainment for all with a craft vendor fair, Stein Hoisting, a Miss Oktoberfest competition, a Wiener Dog Beauty Pageant and the Usinger’s Brat eating competition. Musical performances by Altekammeraden, Polka Floyd, Blaskapelle, Tally Ho, Alpine Blast and more.

Admission is free, however there is a $5 wristband fee for drinking alcohol.

Gold Tickets $300 per table: Guarantees seating for eight people for a special program including traditional dance, bugle corp parade, and “The Victory Band”, a 25-piece ensemble playing classical and patriotic arrangements. Each guest also receives a beverage of choice, and a brat lunchbox from Kegel’s Inn

Sliver Tickets $15.00 per person: Includes admission to access both levels of the Oktoberfest celebration with standing room access to special festivities upstairs on Fitch Plaza.