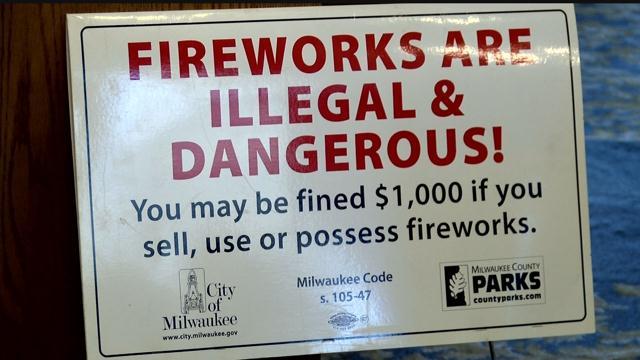 Alderman Terry Witkowski was joined by Public Safety Committee Chair Alderman Bob Donovan Friday and officials from the Milwaukee Police Department and the Milwaukee Fire Department to inform the public about penalties for possessing fireworks, as well as fire safety issues and the dangers of fireworks as we approach the 4th of July holiday.

Possession of fireworks is against the law in Milwaukee and can result in fines ranging from $500 to $1,000.

"Fireworks are illegal to use or possess in the City of Milwaukee, and the handling of fireworks should be left to the professionals," said Alderman Witkowski, a member of the Public Safety Committee. "I encourage residents to enjoy any one of the many upcoming staged displays in our area."

The Wisconsin Department Of Health Services reports that  fireworks caused an estimated 17,800 reported fires, including 1,200 structure fires, 400 vehicle fires, and 16,300 outside and other fires in 2011 the most recent year for gathering such data.

These fires resulted in an estimated 40 civilian injuries and $32 million in direct property damage, with no reported fire deaths.

According to the National Protection Association 26% of the victims of fireworks injuries were under age 15.

Most injuries are to the fingers and hands. With males accounting for 2/3's of the injuries.