MILWAUKEE (CBS 58) -- Youthaiti, a Milwaukee organization that helps with hygiene and sanitation in Haiti, is now putting aside its usual work to help with the devastation from the 7.2 magnitude earthquake that rocked the country Saturday.

Gigi Pomerantz, the founder of Youthaiti spent many years as a nurse practitioner at Aurora Sinai Medical Center in Milwaukee, and she says she spent most of her adult life living in Milwaukee.

It was during a medical trip to Haiti in 2006, that she realized people were dying from preventable diseases. That inspired her to start Youthhaiti. She works with 18 villages around the city of Duchity.

“The city that you've heard about on the national news, it's a big metropolitan area and it's had a tremendous amount of damage. They've got very few physicians and a hospital that's working with very little resources. But we're in an area that people aren't even paying attention to,” said Pomerantz.

She said those with her organization that are on the ground have described huge rock slides and boulders blocking roads completely, and wet hillsides that are still unsafe.

“I would say 90 percent of the buildings are damaged or destroyed, 100 percent of the people are sleeping on the street with whatever things they can manage to get out of their houses, so some people could get nothing out of the house because it’s pancaked,” she said. 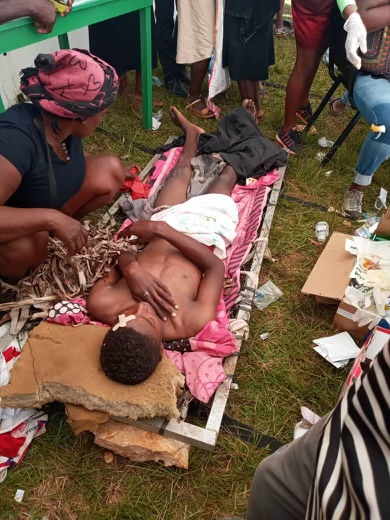 Her organization doesn’t have a full assessment of the need yet, but they are the only one, in this particular area, assisting with outside resources.

"We need funds,” said Pomerantz. “To buy…first aid supplies and food and water, and I don’t know if we'll be able to find somebody who will give us the use of a helicopter or whether we’re going to need to pay for that."

She say there is no way in for anything except by helicopter drop. Pomerantz estimates $40,000 will be needed to help within the first few weeks. She’ll need even more in the coming months.

While the needs of those in Haiti is immediate, she says it may take weeks until she can get them things they need.

If you’d like to help support Youthaiti in its aid, here is a link.