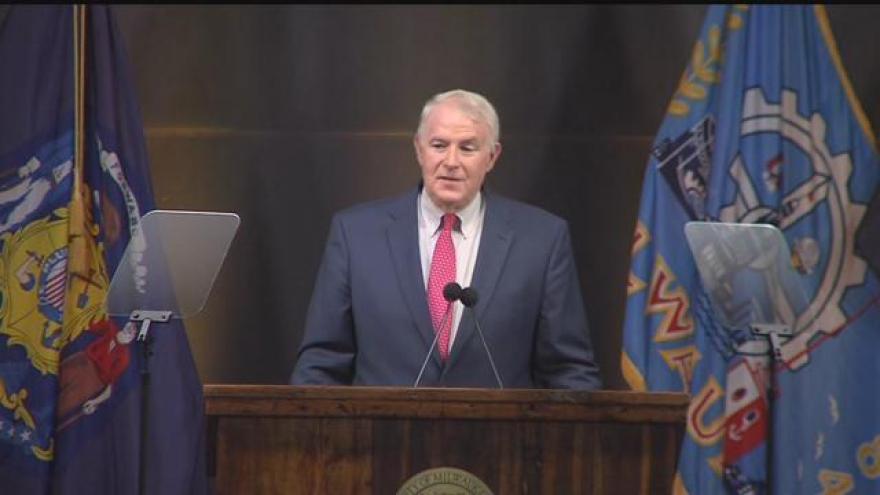 Milwaukee Mayor Tom Barrett delivered the state of the city address on Monday morning at the Harley Davidson Museum.

Mayor Barrett spoke about several issues during his speech.

Since 2009, the City has invested $163 million to tackle housing challenges.

Barrett, also, spoke about predatory landlords and the city’s legal efforts to stop them.

Barrett said the issue of repeat offenders is unacceptable.

“It means we are spending millions of dollars,” said Barrett.

Barrett went on to say that there has to be real consequences that have a real impact on young reoffenders.

“This is a community based effort,” said Barrett.

Last year there were over 500 non-fatal shootings.

Milwaukee Firefighters were called to those scenes, and there was a shooting at a station in February.

Mayor Barrett moved on from safety to discuss the unrest that occurred in Sherman Park.

Barrett said the violence of last summer in Sherman Park should not be ignored.

“History, diversity and culture are all strong in Sherman Park,” said Barrett.

Barrett said there are people in the community are hurting and it needs to be addressed.

Barrett thanked the pastors for helping in Sherman Park to calm the tension.

He mentioned the BMO Harris Bank being rebuilt in Sherman Park.

Barrett moved on to speak about eliminating the racial disparity in birth outcomes.

“Today I have an exciting announcement 12 of the Strong Baby of MKE Sanctuaries will be launching Blanket of Love programs,” said Barrett.