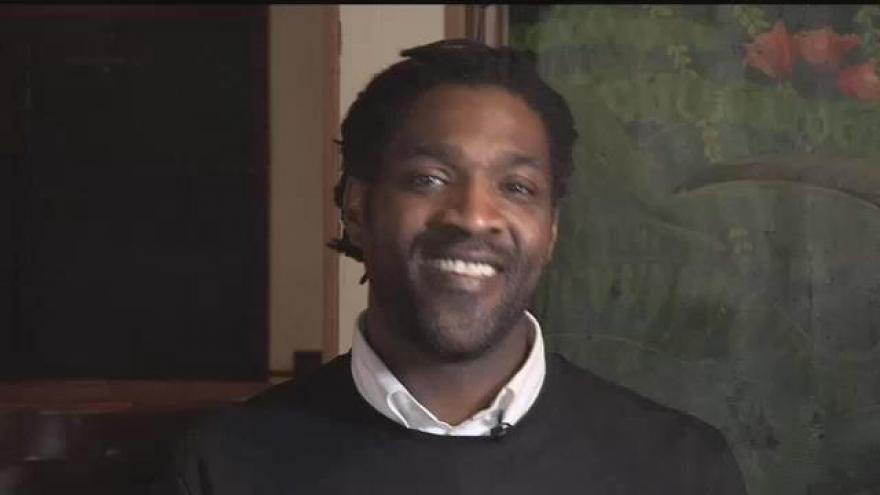 \"It kind of kept building, if you will. This urge to use the restroom.\"

Milwaukee artist and music teacher Kima Hamilton explaining to the tv show \"Inside Edition\" the story behind the video that many see as another example of flight crews going too far to control passengers.

Last Tuesday, Hamilton's plane from Atlanta to Milwaukee was on the tarmac. the fasten seat belt sign was on. But the captain announced the plane was third in line for takeoff.

Hamilton said he went for it and the trip to the bathroom took 30 seconds.

\"I really had to use the restroom. It was an emergency.\"

Cell phone video from another Milwaukeean on the flight shows Hamilton trying to avoid getting bumped from the flight.

\"I'm not really clear on why I'm being asked to leave the plane,\" Hamilton is heard saying.

He is a frequent flyer and knew that getting up might mean the plane would lose its turn.

He insists he had tried to hold it and just couldn't any more.

Some fellow passengers are heard saying he did nothing wrong. But that didn't stop the captain from returning to the gate where FBI agents were waiting for Hamilton.

He wasn't cuffed, but he was questioned.

Hamilton says when the agents heard his story they told him it was a civil matter, not a criminal one.

They released him and Delta gave him a refund and stranded in Atlanta.

Hamilton doesn't think it should have come to that and thinks there should always be exceptions to rules.

\"There has to be some point for a human to step in and make a human call.\"

\"Our flight crews are extensively trained to ensure the safety and security of all customers. It is imperative that passengers comply with crew instructions during all phases of flight, especially at the critical points of takeoff and landing.\"